Brazil’s Football Clubs Wake up to Potential of Online Marketing 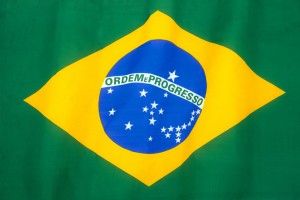 Brazil has a well-deserved international reputation for football wizardry, having won five World Cups and innumerable other trophies. Now its domestic clubs are turning to online marketing to boost their profile and revenue.

With over 83 million Brazilians having access to the Web and some teams boasting 25 million fans, it was inevitable perhaps that the clubs would see the immense potential of internet marketing, via websites, Facebook fan pages, Twitter accounts, online TV and mobile applications. They are increasingly using them to sell team merchandise, themed online games and to host competitions.

One club, Sao Paulo’s Corinthians, has even created the “Corinthians People’s Republic” online, with its 190,000 fans declared “citizens” with their own currency, virtual “embassy” and ID documents.

Rio’s Flamengo club’s head of marketing Marcus Duarte told the Times of India that “the goal is not to have the largest number of fans on Facebook, but to transform them into consumers.”

“We still have a lot to learn from abroad regarding online marketing, but we are beginning to reach cruise control,” he added.

Another expert suggested that with such things as online memberships, merchandise sales, sales of advertising space on websites and web-TV, clubs can earn around a million Brazilian reais per month.