Earlier this week it was announced that Microsoft are developing a new operating system, known as Windows 10. They have decided to skip straight from Windows 8 to Windows 10 to mark a new era for the software.

It is expected that Windows 10 will launch before the end of 2015.

This isn’t going to be your average OS update. No, Microsoft is planning big things for Windows 10, with hopes of it being the most intuitive and powerful operating system to date.

Moving on from Windows 8

A recent study by NetMarketShare found that just 13.4% of users were currently running their PCs on Windows 8 or Windows 8.1. Compare that to the 51.2% of people using Windows 7 and 23.9% of people still using Windows XP and it is clear that Microsoft’s most recent operating system has been largely unpopular.

One of the likely reasons behind users reluctance to use Windows 8 is due to its unique interface. The use of touch screen friendly tiles suggested that Microsoft were concentrating more on smartphone and tablet users and less on PC users. Despite the fact the new user interface was supposed to be intuitive and easy to use, many users found it to be complicated and difficult to navigate using a mouse and keyboard.

The great thing about Microsoft is that they listen to their customers. When they get things wrong, they consult with consumers, find out what they need and deliver it. With this in mind, it is looking like Windows 10 is going to be their most collaboratively designed OS to date.

Windows 10 an OS with the wow factor

The new operating system is packed with a wide range of new features for users to enjoy. It has also welcomed back some of the existing features that were previously scrapped for Windows 8. One of these features is the start button. Microsoft removed the ‘start’ button from Windows 8, but it was clearly missed. It is believed that many users were put off from upgrading to Windows 8 because the start button and menu functionality they were familiar with was no longer there to use.

Another feature that Windows 10 will keep is the resizable tiles used in Windows 8. These tiles will be used in the start menu to provide users with quick notifications from relevant apps (email, social media etc.) 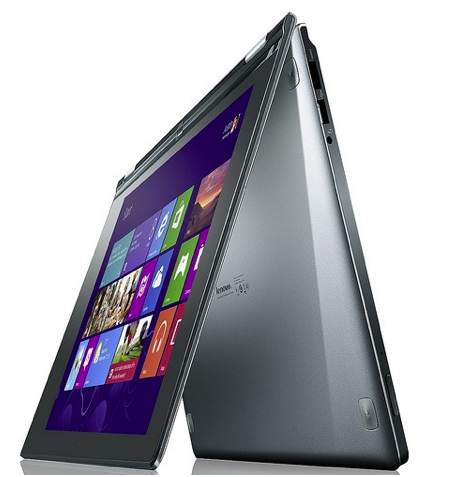 Windows 10 will work across all devices, including two-in-one laptop tablets.

Unlike Windows 8, Windows 10 has been designed to dynamically adjust to the device it is being viewed on. The layout will change to be more desktop or touch screen friendly depending on the device you are using. It will also be able to recognise if a two-in-one device (the next big trend according to Microsoft) is being used. This means that if a user detaches their laptop screen to use it as a tablet, the operating system will be able to adjust itself accordingly.

Microsoft is planning a more unified approach with the launch of Windows 10. The software will be available to run across all devices from smartphones and tablets to PCs, laptops and even Xbox game consoles. All of the applications will be available to download from a single store and there are also plans to introduce universal apps in the near future.

One of the main reasons why Microsoft is overhauling its operating system is to win back the business users it lost through the Windows 8 era. What Microsoft have realised is that even though we are seeing an increase in the use of digital tablets and smartphones, PCs are still predominantly used in the work place. There is still a great need for the OS interface to offer easy navigation with a mouse and keyboard.

The company is keen to get enterprise users on board with Windows 10 and will be giving them an early look at the new operating system, before the public, so they can get used to using it before it officially launches.

Offering the best of both worlds

Microsoft’s aim for the new Windows 10 system is to offer the best of both Windows 7 and 8, making it familiar and beneficial to all users, everywhere, no matter what devices they are using. Windows 10 is expected to be released before the end of 2015 and will mark a new era for the OS brand.