Altcoins often struggle in the retailer adoption department. That is only normal, as most retailers want nothing to do with cryptocurrency. Especially complicated solutions are absolutely unacceptable in this regard. Anyone with an interest in Bitcoin Cash can soon accept such payments through a new WooCommerce extension. It is not the first of such plugins, but more competition can only be considered to be a good thing.

Integrating cryptocurrency payments into WooCommerce has become a lot easier in recent years. Various plugins exist to do so when it comes to Bitcoin. For altcoins, there is a bit more work involved in most cases. A new extension for Bitcoin Cash payments will come to market in the next day or so. It offers a lot of functionality for e-commerce store owners to benefit from. There are other plugins which offer similar functionality, though. It never hurts to check out different solutions which try to achieve the same goal.

This new plugin offers an API to take orders paid in Bitcoin Cash. It works similar to using PayPal or BitPay, as store owners will be notified if the transaction is confirmed. It is possible to set up zero-confirmation transaction times. That is always somewhat risky, but the extension can be fully customized in this regard.. Moreover, the merchant will see all orders in the backend as they are placed in real-time. It is a valuable addition to promote Bitcoin Cash adoption among WooCommerce users.

Whether or not a lot of retailers will use this solution, has yet to be determined. There is certainly a lot of positive momentum for Bitcoin Cash as we speak. It’s a cheaper and more efficient form of Bitcoin. Moreover, it is also a rather valuable altcoin, which makes it rather appealing to accept as a payment method. This plugin is seemingly the first which has a native callback for transaction confirmations as well. An interesting development, as improvements like these are always welcome. 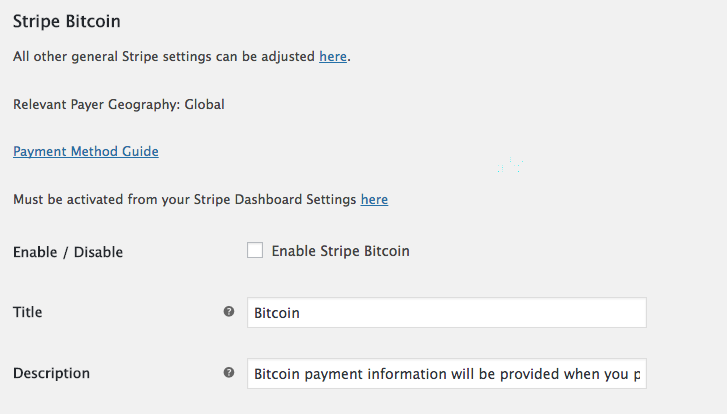 It would be great to see more merchants experiment with different cryptocurrencies. This ecosystem is about so much more than just Bitcoin or even Bitcoin Cash. With global availability and rather fast payments -in most cases – cryptocurrencies should be preferable compared to payment cards. Right now, that is not the case. Plugins like this one may help turn the tide in the long run, though. An interesting future lies ahead for Bitcoin Cash, that much is certain.