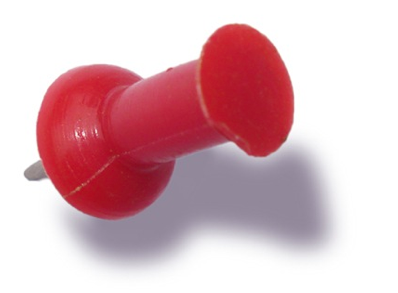 In September 2013, Pinterest first announced its plans for promoted pins and a month later began testing with an undisclosed group of advertisers. This week the platform took it’s testing to the next level, with the help of a group of leading brands who would be trying out promoted pins placed in the search and category feeds.

This week Pinterest took its promoted pins into the second stage of testing.

The brands currently testing Pinterest’s promoted pins include: ABC Family, Banana Republic, Expedia.com, Gap, General Mills, Kraft, Lululemon Atheltica, Nestle, Old Navy, Target, Walt Disney Parks and Resorts and Ziploc. It is believed that Pinterest carefully selected these leading brands based on their predominantly female audience, which they share with the platform. Pinterest stated it was keeping the test group small so that it could collect feedback prior to opening up paid advertising to more businesses throughout 2014.

What are promoted pins?

Over the last few months, Pinterest has been trialing its promoted pins across its web and mobile platforms. The platform is looking to find a way to display the ads without upsetting its users or damaging their experience. As it currently stands, promoted pins will only appear in Pinterest’s search and category pages, they will not appear in a users’ main feeds.

The promoted pins look like any other pin however they are labeled with text indicating that they are in fact an advertisement. If you were to simply glance at them, you would find it difficult to spot them amongst the other hundreds of pins appearing on the page.

Although promoted pins will provide companies with yet another way to market their products and services to customers online, there have been some concerns regarding the transparency of the Pinterest ads. Back in October, Search Engine Watch first raised concerns about Pinterest’s promoted pins, stating that the advertisements may not be transparent enough and that they could be walking a fine line with the FTC. However Pinterest continued to state that their promoted pins will be ‘tasteful, transparent, relevant and improved based on Pinner feedback.’

Since then it does not look like the platform has done anything to change the look and feel of its promoted pins since the first test run. The only real difference is that the advertisements have been highlighted on the mobile version of the platform. It is wondered whether Pinterest will get away with their somewhat discreet advertisements or whether they will be required to make them more obvious to users at some point during the testing stage.

With the launch of its paid advertisements, Pinterest is quickly sneaking up on the big social networks like Facebook and Twitter and is starting to be taken much more seriously as a competitor. According to the platform it now has over thirty billion pins, half of which were added in the last six months and drives more internet traffic to publishers than Twitter and Reddit combined. Pinterest is currently valued at five billion dollars and for a company that has only just started generating revenue; we would say that is pretty good going!

According to earlier reports Pinterest has been asking its advertising partners to commit to spending between one million and two million dollars. AdAge also reports that the platform is looking to price CPMs between thirty and forty dollars. Whilst these prices may seem high, you have to consider the benefits of advertising on Pinterest. Unlike other platforms, Pinterest is all about planning for the future.

People use it to plan everything from their weddings to their dream homes, making it the perfect place for brands to advertise their products. The fact that the platform is image based and can take users from a pin to the publisher’s page within just a click of the mouse also facilitates easy purchasing, making it an advertiser’s dream. With so many benefits, we expect to see all of the major brands, as well as many smaller brands integrate promoted pins into their marketing strategies once the paid advertising platform becomes available to a greater number of users in the coming months.