Social Networking’s Impact on the Election 2010

Published by Stephanie Pickles+ on April 8, 2010

Well there off over the next 4 weeks we will be inundated via the television, newspapers on the election from each different political party. Equal billing is given to prevent bias towards a particular party on television but media that is very much in its infancy in the form of social media networking sites such as facebook and twitter has no bias controls.  We will be following it closely of course and keeping an eye on any trends but already we have seen the conservative poster being adapted to suit particular comedy slogans.

The power social networking sites have over some of the other forms of media is astonishing. The ability to target via advertising on these sites to a particular age range or gender for instance is so precise. The campaigns messages can be finely tuned in order to appeal to this particular partys political message. Lets take this as an example a political party had a policy that provided an increase in national pensions a campaign could be set to target this particular age range. The potential is massive and the variables are also long and wide. 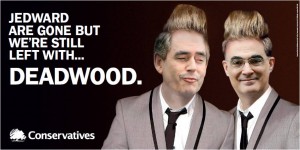 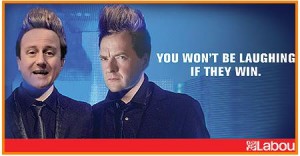 Will political parties take advantage of this medium I should hope so if not they really will be losing out. Not only does it provide a up to date image for the party concerned but it helps the message reach people on a daily basis and parties will reach people they might otherwise never be able to communicate with.This election has already been mentioned as having the potential to provide a hung parliament . Do I feel the use of the Internet to market a political party could make the difference between a labour or conservatory victory,  Yes I do. OK you may think coming from a company that provides Internet marketing services that is a hollow message.

You only need to look at the way Barack Obama used his website and email marketing to reach people on a regular basis.

The email inbox, twitter pages and Facebook profiles are the new battle buses in 2010 and the party not taking full advantage of this medium will probably lose the election in our humble opinion.