Published by Garry Pickles+ on December 9, 2012

I caught up with lecturer Stephen Murphy from Accrington and Rossendale College who taught me at the old Rawtenstall College. Excuse the plug but you can view the film he produced this year online –

Back to the interview…

1. How long have you been a College Lecturer ? 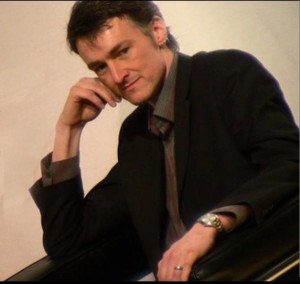 2. What areas of media would you consider your speciality ?

If you don’t mind me asking what are your qualifications ?

3. How do you see social media playing a part in your role as a lecturer at college ?

Increasingly social media is being used in education as a communication and learning tool. We use facebook, flickr, twitter, and other platforms for students to upload work, create practical production groups, do research and a whole manner of activities.

4. How do you see social media playing a positive part in the local community ?

It’s all about communication. Communities are formed through interaction with each other. We rarely get out and get together socially as neighbours and residents, so social media bridges that gap and helps people keep in touch and share information. Look at how people in communities used social media to make a positive impact after the riots to reclaim towns and public spaces. 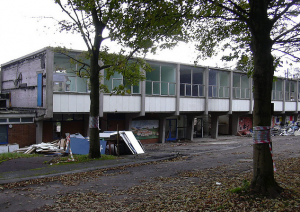 The old college building in Rawtenstall where Stephen taught hundreds of students now demolished. He is now based at the impressive Coppice Centre in Accrington.

5. What are your thoughts on social medias role within the Public sector ?

At the risk of sounding authoritarian, I believe all public forums should have rules and regulations. Obviously freedom of speech is important in a ‘free’ society, but without restrictions of some kind, their will always be some to overstep the boundaries.

6. Do you see potential in Film students using Social media to showcase their work in the future ? Could a “Blair Witch Project” style film be discovered from the UK across the Atlantic via social media channels ?

Definitely. We use vimeo, you tube and facebook for video work.

Look at the ‘life in a day’ feature (see below) that was created from clips posted all around the world.

A wonderful example of the use of social media to create film content and the kind of thing that will be a document to how we used to live in the future.

Ridley Scott on the film –