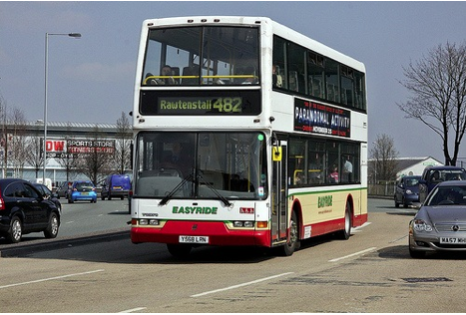 The campaign to bring a rail link to Rossendale has been given a boost after MPs pledged their support for the move.

More than 1500 local residents have indicated their support for a park and ride facility, plus a new rail link, and MPs from Rossendale, Bury, Rochdale and Greater Manchester have all thrown their weight behind the request.

At present, Rossendale is the only borough in Lancashire which remains without a mainline connection and politicians believe this could be hurting the local economy.

Jake Berry, MP for Rossendale has been a supporter of the campaign since before he was elected, and reiterated the need for better rail links in order to ‘bring in more investment into our area’.

This view was echoed by Haslingden MP, Graham Jones, who said, “Better transport connections make for a stronger economy and that is the message coming from businesses in Rossendale and Haslingden.”

Rossendale has been the centre of a “Get Us Back On Track’ campaign which has offered residents the chance to complete an online survey, which can be found at www.surveymonkey.com/s/rossendalerailsurvey.

The survey is designed to highlight the need for commuter links, and persuade the government to reconsider their existing plans for infrastructure in the area.

The Labour parliamentary candidate for Rossendale, Will Straw, described it as ‘hugely disappointing’ that neither the government nor Network Rail had plans to include a Rossendale rail link in its ‘growth’ plans for Lancashire.

MPs are hoping to gather more support from across the region prior to the upcoming Network Rail review meeting.