Tablet Internet use increase while watching TV in the UK 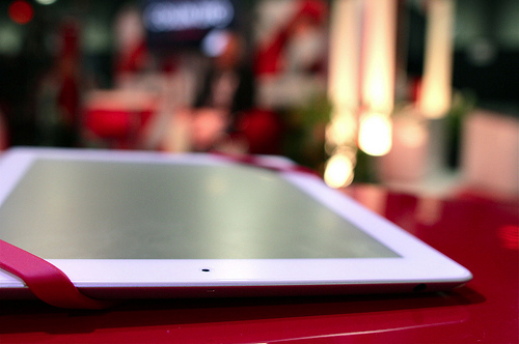 Over the last few years, mobile devices like smartphones and tablets have had a huge impact on the way we carry out a wide range of tasks, from online shopping to watching television. With expectations of soaring ecommerce sales over the next couple of months as a result of the Brazil World Cup 2014, we thought it was the perfect opportunity to examine how people use mobile devices like tablets when watching TV.

Today many people watch TV programmes on their tablets and also use them for a wide range of television-related activity such as searching for information about shows and participating in TV-related social media chats.

Although TVs are still the dominant viewing device in most households’ living rooms, a survey conducted by Motorola last year showed that more people now watch TV and movies on tablets in their bedrooms than they watch them on TVs. This should set alarm bells off in advertisers’ heads as it may be worth them investing in advertising slots on some of the top tablet TV providers such as 4OD and Netflix.

Whilst the number of people watching TV programmes on tablets has not yet overtaken the number of people watching them on televisions, a survey conducted by Nielsen found that forty three per cent of tablet users use their devices as second screens, whilst watching TV on a daily basis. By second screen, we do not mean that they watch the television programme on both their television and tablet. Second screening is all about using a tablet to multi-task whilst you are watching television. Below are some examples of what people are using their tablets for whilst watching TV:

Researching background information about the TV show they are watching. Popular websites include IMDB and Wikipedia.

Chatting on social media with friends about the programme they are watching and participating in Twitter hash tag chats.

Using second screen apps like Beamly TV, Blinkbox and IntoNow that are designed to extend TV watching by enabling you to check into the shows you are watching and access exclusive content. 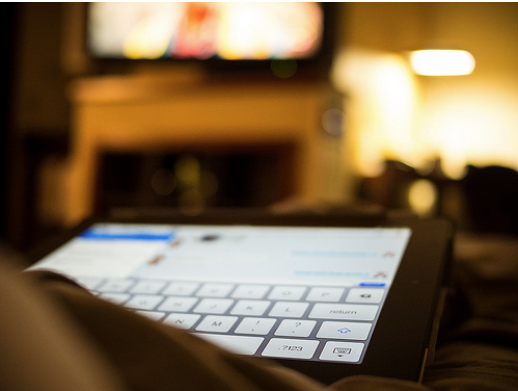 Today many tablet use their devices as second screens whilst watching TV programmes.

There has always been a social element to watching television, as traditionally families would watch it together in their living rooms. Whilst that may no longer be the case (with many households owning multiple television sets) the introduction of social media has sustained the social element of watching television. Not only does it allow individuals to interact with their friends and chat about the programmes they are watching, but they can also participate in group chats on Facebook and hash tag chats on Twitter, interacting with people watching the same programme all over the world. According to the report by Nielsen, thirteen per cent of people use their tablets as second screens to post about the show they are watching and interact with other viewers.

The same report also found that twenty per cent of tablet owners use their devices to shop for what is being advertised on TV. This provides advertisers with the opportunity to connect with consumers whilst they watch television and use their tablets as second screens. It is thought that more and more brands will be doing this in the run-up to and throughout the World Cup, as sporting events have history of driving ecommerce sales.

With more and more people using their tablets to watch TV programmes or as second screens whilst watching television, it only seems sensible that brands take advantage of the advertising opportunities this provides for them. Not only should they consider advertising through tablet TV providers, but also participating in social media chats related to TV shows and even building second screen apps for users to engage and interact with.