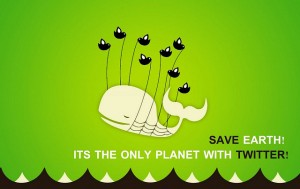 Virgin Media Business urged retailers and other commercial companies to up their game and focus more online marketing efforts on Twitter.

Research carried out by Virgin found that too many businesses are failing to capitalise on the unique internet advertising potential of micro-blogging sites such as Twitter, and their close relatives – social networks such as Facebook. According to researchers, just 9 per cent of firms used Twitter for online marketing and only a third used social media.
“Since its founding, Twitter has changed the way we shop and engage with brands and, as such, has become a fantastic tool for customer engagement,” Virgin Media Business customer service director Phil Stewart commented.

The Centre for Retail Research director Joshua Bamfield admitted that “it is probably true that the smaller stores have not got on this bandwagon yet,” but added that this “may simply reflect the fact that they’re very busy, they don’t have the skills and they don’t see why they should bother.”

Sales figures seem to show, however, that those who do “bother” will ultimately reap the online marketing rewards.